I’ve been working with audio in Ready but have been coming across issues. First off, it seems like the web browser version of ReadyMaker games does not like it when there’s lots of sounds attached to game objects, because the web player will not load the scene if there’s more than one sound attached to an object in the scene. I worked around this by only calling sounds from events and not attaching most of them to game objects. I was able to get it load the music attached to an object in the scene, but it doesn’t want to play the music when it’s called in the web browser. I’m not sure if anyone else has this problem since I can’t find any other projects with music tracks in it. Could this be a bug with the audio? 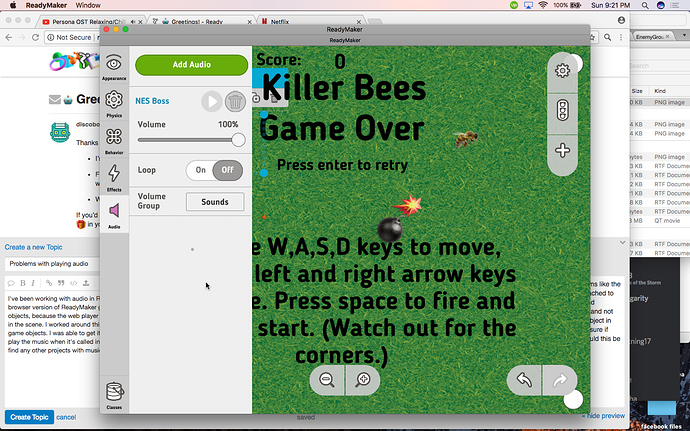 Hi, Yes! This may be a bug with an audio file, try downloading another file for the same event.

I tested your problem again. Yes, indeed, sometimes the sounds are not played when launched under WEB. We will try to fix this problem in the near future.

Thanks for getting back to me. Glad the problem will get resolved at some point.

I have the same problem with sounds in the web app, I have have a soundtrack along the game + 2 soundseffects attached to objects. I have added another sound to a third object.
This last sound don’t play when calling in an event. It plays when I click on the stop button of the web player !!!

Hvae you an idea ?

Hello @jean_claude! Your event is not looped? Does it play once or repeatedly? I suspect this may be the reason. So that the audio file does not play endlessly, the event must be closed from repetitions, for example, using a counter:

The problem stay the same.

But when I add this sound to an object and and I made it play on touching the object that’s work ???

But I don’t whant this sound play on a touch, but at aparticular time of the game

You can send a link to your project, I will see it when I have chance.

In this version, I just call the ‘BravoTrompette’ sound attached to the object PAPA.
When all the letters are placed at there place the variable NbLettres rise 4.

Thank’s for your time

I have Tried with the link in my web browser (firefox), the letters don’t want to go on the right ??
The game can’t be completed.

That’s work fine on my computer and the android APK also !!!

Hi @jean_claude! You can update the link of the your project, now i can’t open this link for the remix, thanks!

It was a question that’s cause problem also form me, when I generate a link in the web browser there is not the remix or edit buttons 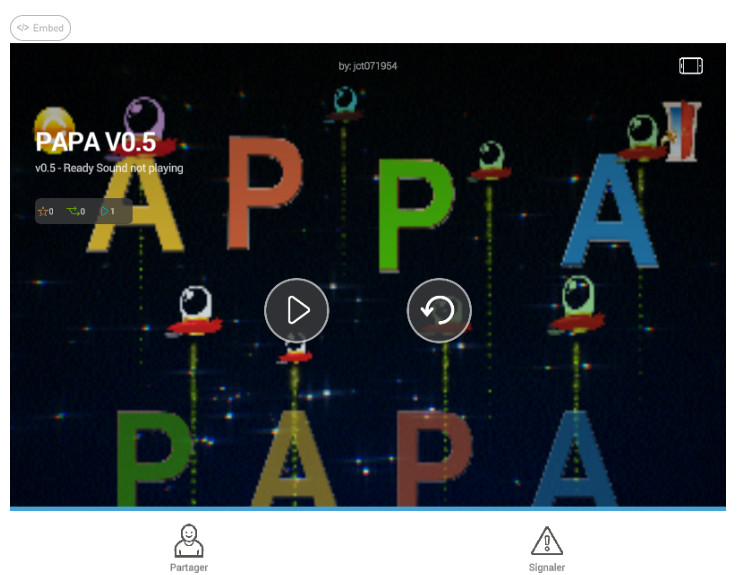 So How can I share my project between several accounts ?

Thank’s for your help.

In order to transfer the remix to another account, you must open the link to the project on your phone (the phone must be logged into the account to which you want to transfer your project), then click on the remix button and click save project - the project will be saved in the desired account. (Using a web browser or PC, this will not work).

Hey @jean_claude! I made some changes to your project: 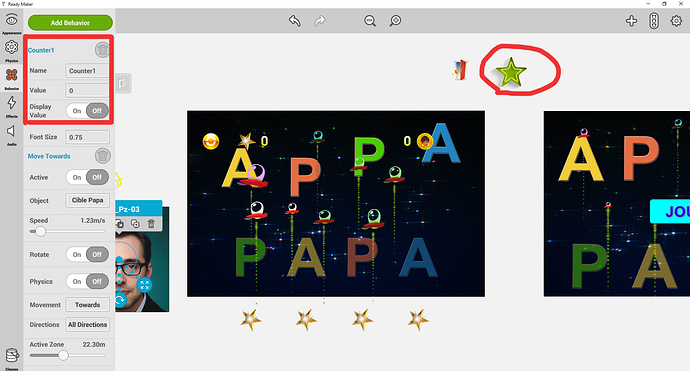 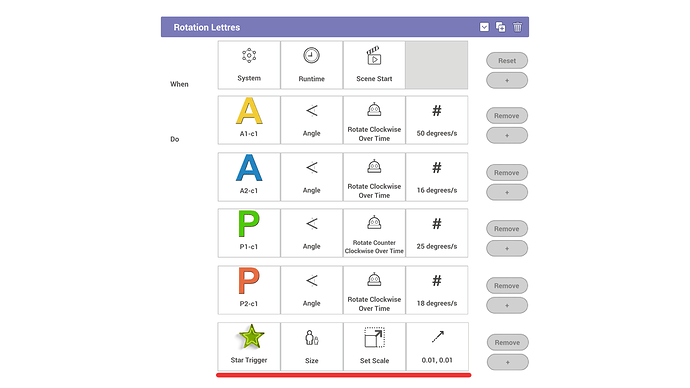 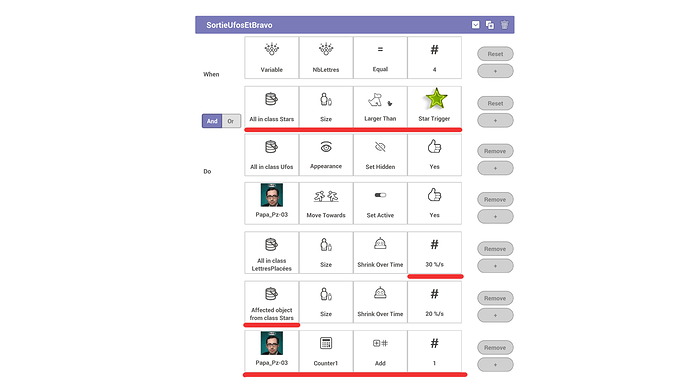 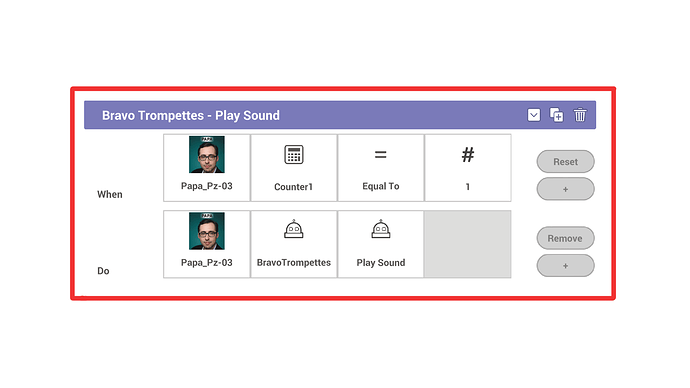 The Remix on the phone works fine.

…and the trumpet too Braaaavooooo

Thank’s a lot for your help again