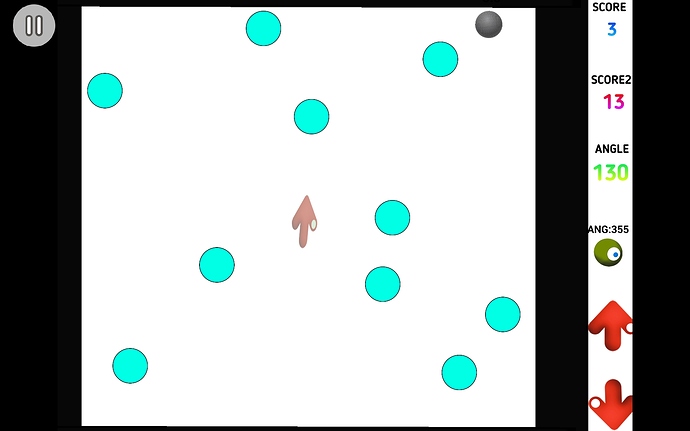 The ball is shot at the arrows angle.
The ball sets pozition to arrow after 6th collision with wall.
The ball is shot again.
The shot angle increases by 5 each time. 0,5,10, etc…
Score 1 goes up by 1 each time the ball collides with the blue circles.
Score 1 resets to 0 before each shot.
If Score 1 is greater than Score 2, Score 2 sets value to Score 1 and the current angle the ball was shot at is recorded.
This process continues until the ball is shot at a 360 angle.
So the best angle in increments of 5 from 0 to 360 is tested

The player will have 1 turn to shoot the ball at the angle they thinks best.
The players score is compared to the AI score.
The AI turns will be hidden from the player and the best scoring angle will be shown after the players turn ends.

Thanks. I have to randomize the circles positions so they are different each game