Problem with colliders. Objects seem to be floating

Hi. I have an object for the player that it’s solid and has its physics turned on(with gravity). The platform object doesn’t use physics but it’s also solid. I tried trimming the images as much as possible but it didn’t work, I think it might be a problem with the size of the colliders. Is there any way to solve this? Thank you for your time. 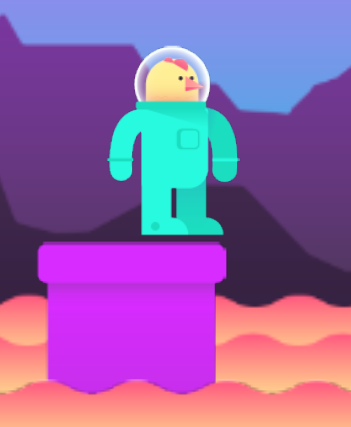 We will pay attention to this problem in the future. To avoid having to make additional settings

Hi, thank you for the help! I think option 1 will work.

Setting the collider to circle didn’t quite work, the player would pass the platform. However, I managed to make it work in a different way.

I changed the image of the player to a rectangle(only matters for the collision) and used this object as the controller of the player(collision, physics, etc). I then added another object with the player image, turned physics and solid off(so it is only used for the image), and joined it to the player controller object. This allows me to set how high or low I want the player image to be(since it is separated from the collider), so I just set it to be a little bit lower and it doesn’t appear to be floating anymore.

The last thing to do is to just set the opacity of the player controller(rectangle) to zero. So now the rectangle is still floating a little bit, but it doesn’t matter since I only show the player image.

Yes, it’s also a wonderful decision, this very well that you could find the most suitable solution for your script.

Ready is quite a flexible engine and you can always solve the problem different ways.

This is one of the most useful posts on the entire forum. I can resolve issues in nearly every game i have made with this technique.

I almost think it should be in a tutorial as ‘best practices’ type info. Obviously not the only way, but it doesnt require writing code or events, works every time, and makes the resulting game look and play better by resolving a ton of little collision hangs.