I have ever tried to use enemy set position to object player,but it’s too fast seems that no movement it does.

The enemy (red) chases the player (white) until they collide, then there is a bang and the player vanishes.

So can you help me this action with the event.
When click shoot button
Shoot a little cyan ball (it is bullet) from the player ball to hurt the enemy ball.

Due to the fact that I’m confusing about shooting function. 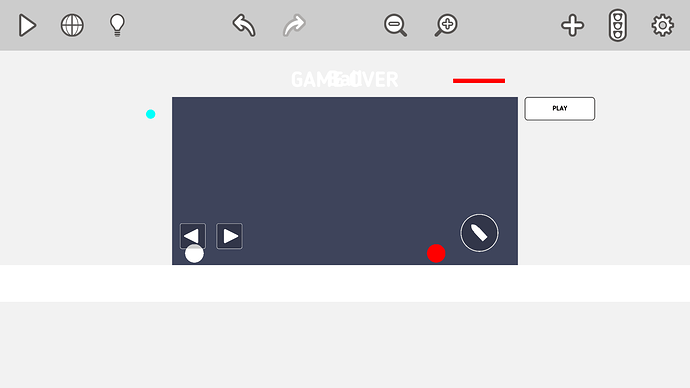 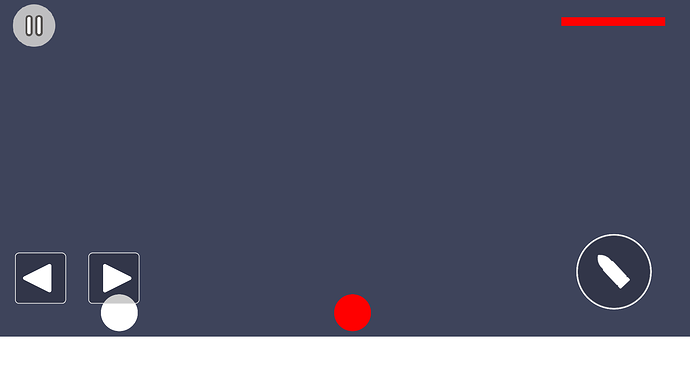 I’m out of time for making demos tonight, but I remembered this earlier thread which will answer a lot of your questions, in particular about shooting:

I step by step but it doesn’t work.
I just want the bullet dispenses to forward and backward.

Hi @BlueWhaleYT! Here are some things you can do:

Hi,I did.but why the ball dispenses to the sky.

…What do you mean?

and the other thing is the bullet sticky on the same position whatever the player ball moves.

maybe I send a link to you?

Yes, send the link … I can look it later today 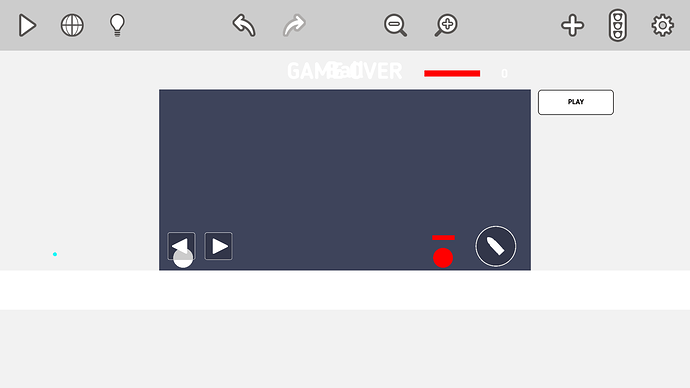 Try using the “join” behaviour to make two objects move together. I believe there’s a tutorial on the “learn” page (or the “learn” tab inside Ready Maker).

Resulting in Move toward is not working,cause enemy health bar needs also?

I made this for you. hope it helps.
Use joytstick/keyboard
Move your ship, tap shoot.
Ship shoots red bullet the direction it’s facing.
When octopus is hit, it’s health bar lowers by 5
When health bar is less than 1, octopus hides.

Look at all behaviours and physics for the sprites, and check to see which are solid on/off.
And check the code used.