How to stop the original sprite without affecting clones?

I tried coding the original eyeball to hide/set position far away/ set size to 0 when touching a knife clone.
This messed with the clones and the clones started behaving the same as the original or glitching the clones. 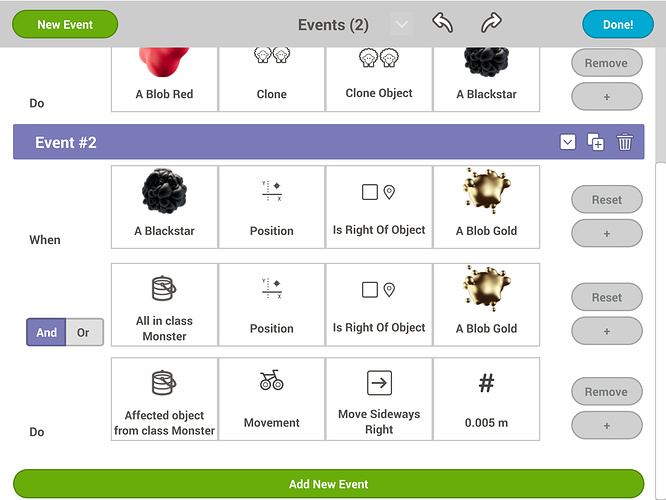 Hi @Suzzy-Grey - Perfect logic for games! You can try to split the conditions using the counter’s behavior. Toggle the counter and separate the condition. Also I would recommend using in many cases a one-time touch “Collided width object” and using the box collider for objects, not the polygonal. So there is less of a violation of something in the project.

I’ve overcome this issue by building a little “box” around the master object off screen. Then it can move around, but never escape it’s little cage.