How to make a "Cut the Rope"

How do you make an object fall when another disappears? In my game, I want an arrow to fall when the rope disappears after being touched by my sprite.

Here is what you’ll need to do before you program how to do this: 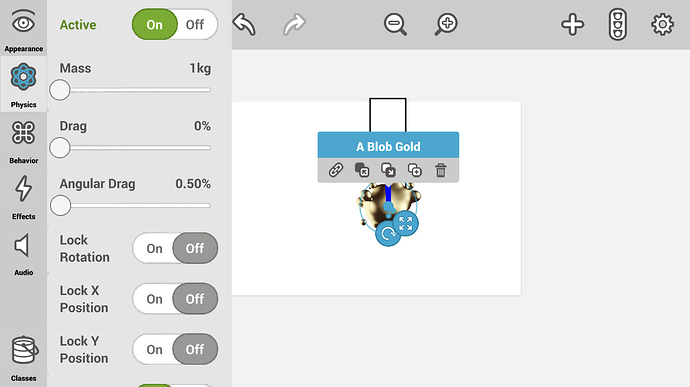 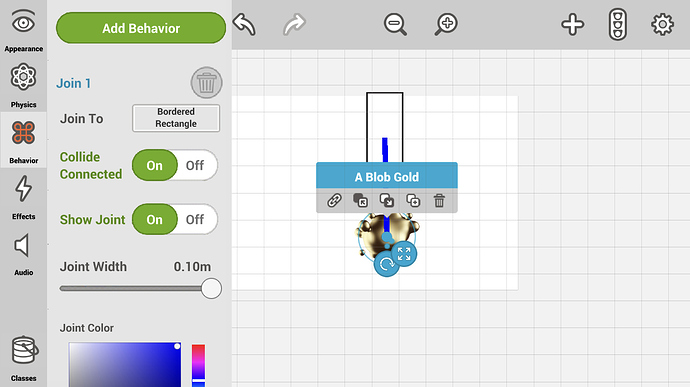 The gold blob will be falling, the rectangle looks like it’s holding the blob.

The blob has the join and physics behaviors.

Now for the code: 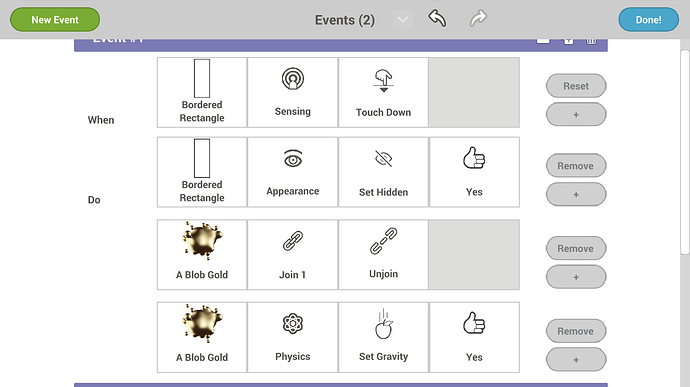 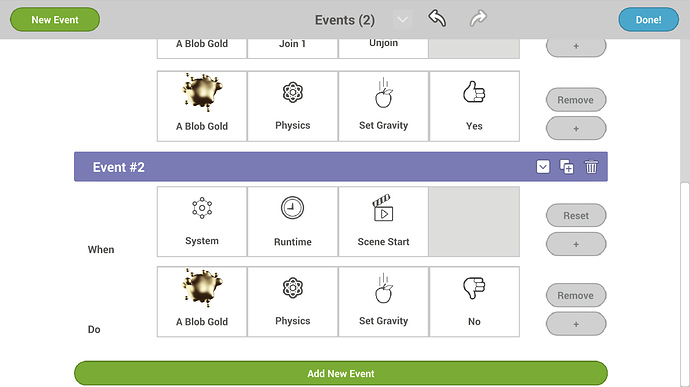 This will allow the blob to fall!

By the way: you do not have to show the line when you use the join behavior (the blue line above). I just did that to show you what is being joined.

When the rectangle is tapped, the blobs physics is turned on and is unjoins the rectangle, causing the blob to just fall.

Ok thank you! A quick question is can you do the same if another object touches the rope or whatever?

You should be able to, yes

As long as things unjoin, things should work. I would mainly use the join behavior on the blob because if you use it on the rectangle, it can cause issues.

Hi! I have another question. Can I repeat using code as well? I want my person to repetitively lose health after touching a fire. I’ve already got code to subtract health once and to turn on a fire particle effect, but I want to repeat the lose health code without continuously making that code over and over again. Is there a way to do this?

So lf you touch the particle affect, have the variable be set to something (like 1 or 2)

And every 5 seconds, the variable can be set back to 0 to stop losing health

Not an issue. Here you go: 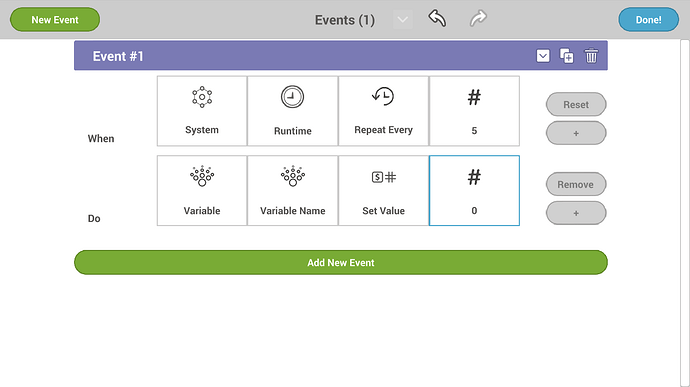 Okay, I kinda lost track. Let me start over.
So the first couple of questions was for another game which I figured out.
So for my other game, I want this guy and this campfire. 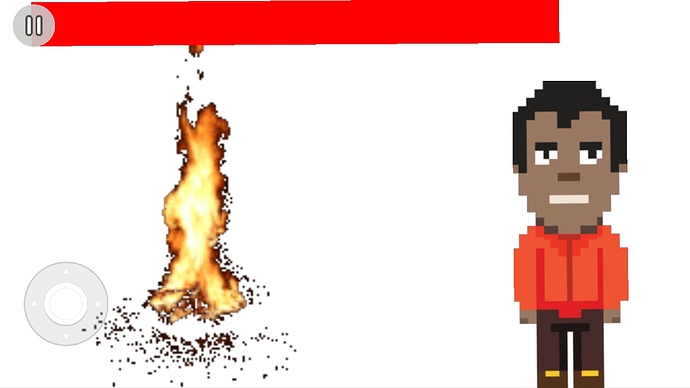 Okay, from your first message it sounded like you wanted a “buff” that caused the player to lose health after touching the fire- like In a lot of games.

Here’s what you should do: 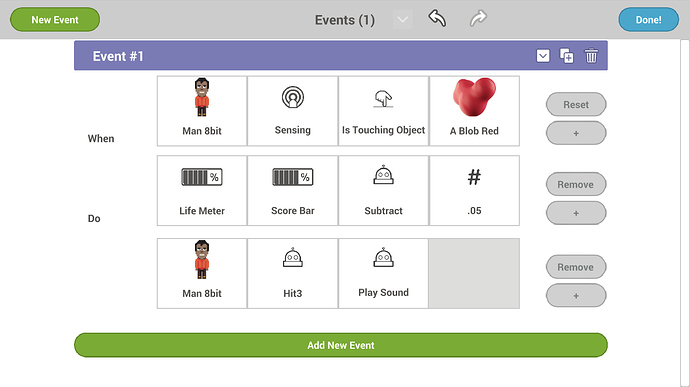 The blob in the image is the fire for this example

When the player touches the fire, it will lose 0.05% of its health continuously until the player quits touching it.

While it he touches it, it will play the hit3 sound effect continuously as well until the player quits touching the fire

Can you repeat that code? The challenge of the game is to not touch the fire or else your health will deplete over time until you get to 0 health and lose.

Yes! That code can be repeated!

Thanks a lot Dravins for this, was looking for some similar stuff way out.