Gems are now implemented! This is the only one for now to be tested on, and I also added text to make it clear that you need to collect the gems. They rotate on their y-axis - just the way I wanted it!

Gems can now be collected!

That’s some good progress now after coming back!

Hey @Ready, do you know how I could hide that “collect” text via C# in Unity when that certain gem is gone?

(NOTE: the position of the “collect” text is going to change until I’m okay with where it’s at)

Hi @Dravin! As you know, we do not provide support in developing applications for the Unity, but for an old friendship

, try this use the this example:

I typed the code exactly. What should I change? 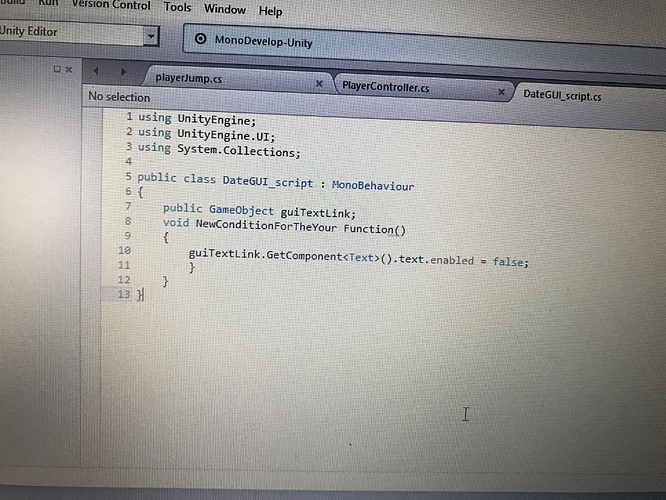 I attached the code to the text

And also this: “using UnityEngine.UI;”, at the beginning of the script

Edit: hmm… I tried it but there are now compiler errors. What should I fix? This is where I added the text to be hidden. The void is talking about if the ball hits a gem- that gem would be hidden. 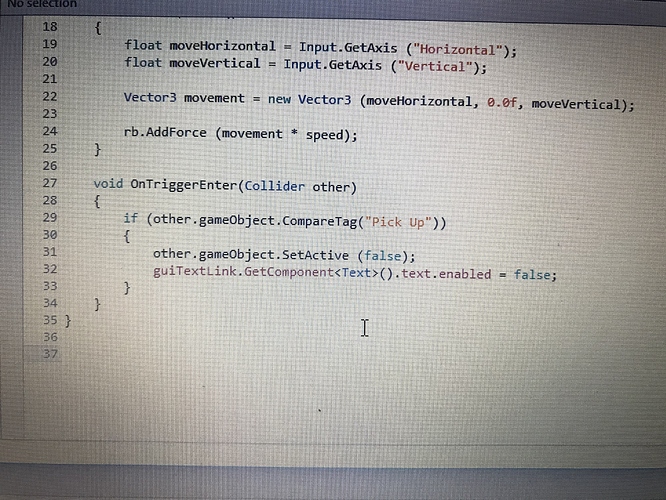 You need add the link for the your text(Name Text object) in the script, example:

Thank you Ready for this information!

Now, the hardest part of development is about to happen. This part goes wayyyy beyond my knowledge and is going to be extremely hard to implement but I will try my absolute best on this.

Remember the “secret obstacle” on my checklist? Well… 2 of my favorite games have this “obstacle” that roams around the map by themselves and I want my obstacle(s) to do that as well. And if they’re caught seeing the player - the ball will have to quickly escape that obstacle before being “killed” or so, broadcasting the “lose scene.”

Granny is my absolute favorite game and Granny roams around the map herself- you must escape her and hide. She will run after the player after seeing them.

My other favorite game - Yandere Simulator - has teachers who will end the game if you’re caught doing something bad. I like the gameover scene and found a lot of inspiration from it -

I won’t say what the secret obstacle(s) are exactly, but that’s what I have to say for now!

What do you think? What suggestions do you have for the game? Let me know your thoughts!

Hi @Dravin! To do what you need, study these topics in the forums: “Waypoint system” and “NavMesh”.

that really helps me a whole lot! I didn’t know about these, and I found a lot of very simple tutorials over it. When I try it, many tutorials make it simple- so I’m excited for that. Thanks again!!

Hey guys! I am now on break from school and development is now back up and running again.

I am creating enemies in Ball World 3D, however- I have not competed the enemies just yet. There’s minor improvements I want to make to the game and I want to edit the main player as well, and I need to add cool effects to the enemies. If you want to know what’s going on with the secret obstacle, they can only go to their first waypoint so far but I found this great tutorial if anyone is using unity and wants to use the waypoint system to create enemies in their games where they walk by themselves: 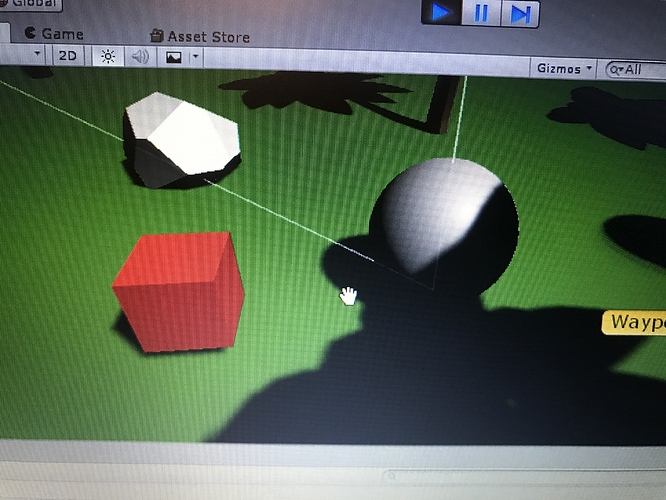 (Enemies are spheres, but hey! It’s called Ball World 3D for a reason!)

What’s Next For The Game As a Whole?

I hope you’re enjoying these updates!

Since fhe enemies are sphere’s , you could make the enemies look like round skulls.
Or attach spike sprites around the sphere’s and turn the colliders off for the spikes so they don’t affect the sphere’s movement.

it has to deal with the effects I mentioned!

Something like that, but I need to find the perfect effect for the enemies. I will say that it will be pitch black.

They will be able to travel through obstacles so they have no issue reaching the player, making the game harder.

You remember a while back i told of the free 3d models of some massive buildings?
I’ll have to find the link again or check my downloads to see if i have it.
For a second game i think it would be cool to edit.

Oh yes I remember! That site will be super useful.